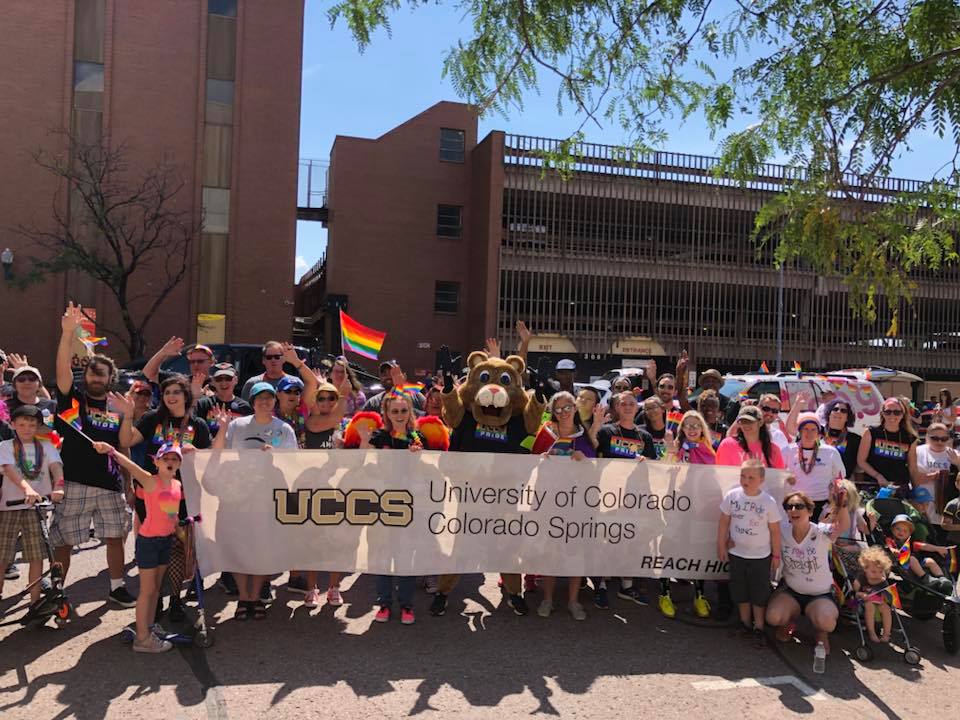 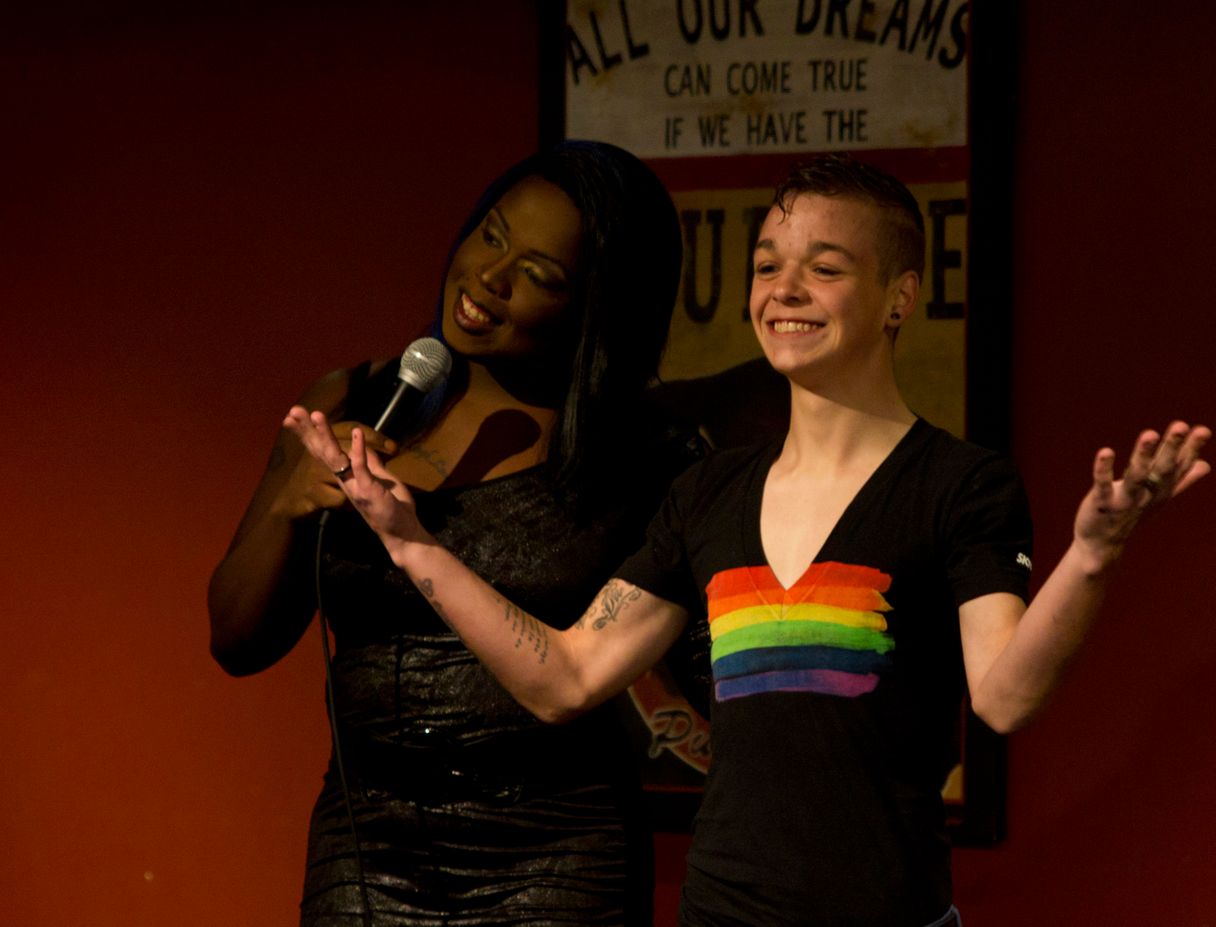 An event designed for the lesbian, gay, bisexual, transgender, and queer (LGBTQ+) communities to come together to celebrate, make new friends, learn about resources, and get connected with the LGBTQ+ Program Coordinator.

Trans Day of Remembrance (TDOR) is an annual observance on November 20th that honors the memory of those whose lives were lost in acts of anti-transgender violence. Participants can typically anticipate a keynote addressing ways to better end this violence, an open mic for those to share memories and call to action, and a candle-lit ceremony and display honoring the victims.

During LGBTQ+ History month a panel of religious and community leaders engages in an intimate conversation on how religious identity intersects with sexual identity. This panel is designed for those within the LGBTQ+ community and for allies seeking a stronger understanding of inclusive excellence.

Students, faculty, staff, and alumni are invited to walk in the Colorado Springs Pride Parade to represent the UCCS community! At the pre-party, the community gathers for food, games, dancing, giveaways, and time to connect in a relaxed environment. Hosted in collaboration with Staff and Faculty Pride Council and the Office of Diversity, Equity, and Inclusion.

Commemorating the anniversary of the 1987 National March on Washington for Lesbian and Gay Rights, the first observed National Coming Out Day in 1988 served as a reminder that one of the most basic forms of activism is the power of coming out and living life authentically. All members of the community are encouraged to attend this annual event on October 11th to connect, join LGBTQ+ organizations, learn about community resources, and enjoy food, games, dancing, and activities.

Music has been utilized across cultures to build community, share stories, and celebrate all the expressions of life. Typically held in Clyde’s Gastropub, students, staff, and faculty can participate in a night of musical expression with new and old friends. In the spring semester, Queer-aoke is typically held for those seeking a LGBTQ+ centric space.

Drag is defined as dressing or performing in a style typically associated with another gender through various forms of expression such as costume and/or performance. Drag artists focus on the art of queering gender performance. Attendees of the annual drag show can expect both seasoned professionals and budding student artists performances.